We use cookies on our site to improve performance and experience. By continuing, you agree to accept all cookies.
Read privacy policy.
Practice Areas
The Firm is largely oriented towards high level legal advice and representation in an area defined as INTERNATIONAL BUSINESS LAW. It starts from its regulatory component, largely relying on competition law and economic regulation, spilling over to other non-strictly regulatory components. It is also very much focused on the decisive transnational dimension of business transactions, in particular the one associated with the European integration process, based on EU law. 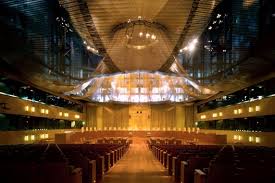 Expertise in EU law is one of our distinctive features. Beside dealing at the highest technical and theoretical level with issues of EU law currently related with various areas of law - referred supra, e.g. competition, regulatory, but also economic law in general, in the context of the ongoing Europeanization of law – the Firm is remarkably suited to advise on particular areas of EU law, namely (but not only) on internal market law. Thus, we are equipped to cover various domains relevant for transnational business transactions built on the basis of the freedoms of circulation of the internal market and with a growing focus placed in public procurement cases, especially considering under an innovative perspective due to academic and theoretical research of its members the interplay between public procurement law and competition law, which frequently is not duly understood with all its fullest implications.
This extensive know-how in terms of EU law in general has also led to a considerable experience of the Founding Partner and of some members of the Firm in representation of the Portuguese State in litigation cases at the CJEU or of other entities in cases before the CFI (in Luxembourg). The same expertise has led to the production of legal opinions in multiple cases, raising competition law issues that have led Portuguese Courts to address requests of preliminary rulings to the CJEU in various court cases leading to important shifts of changes of the legal approach followed or undertaken in the final ruling of such court cases.